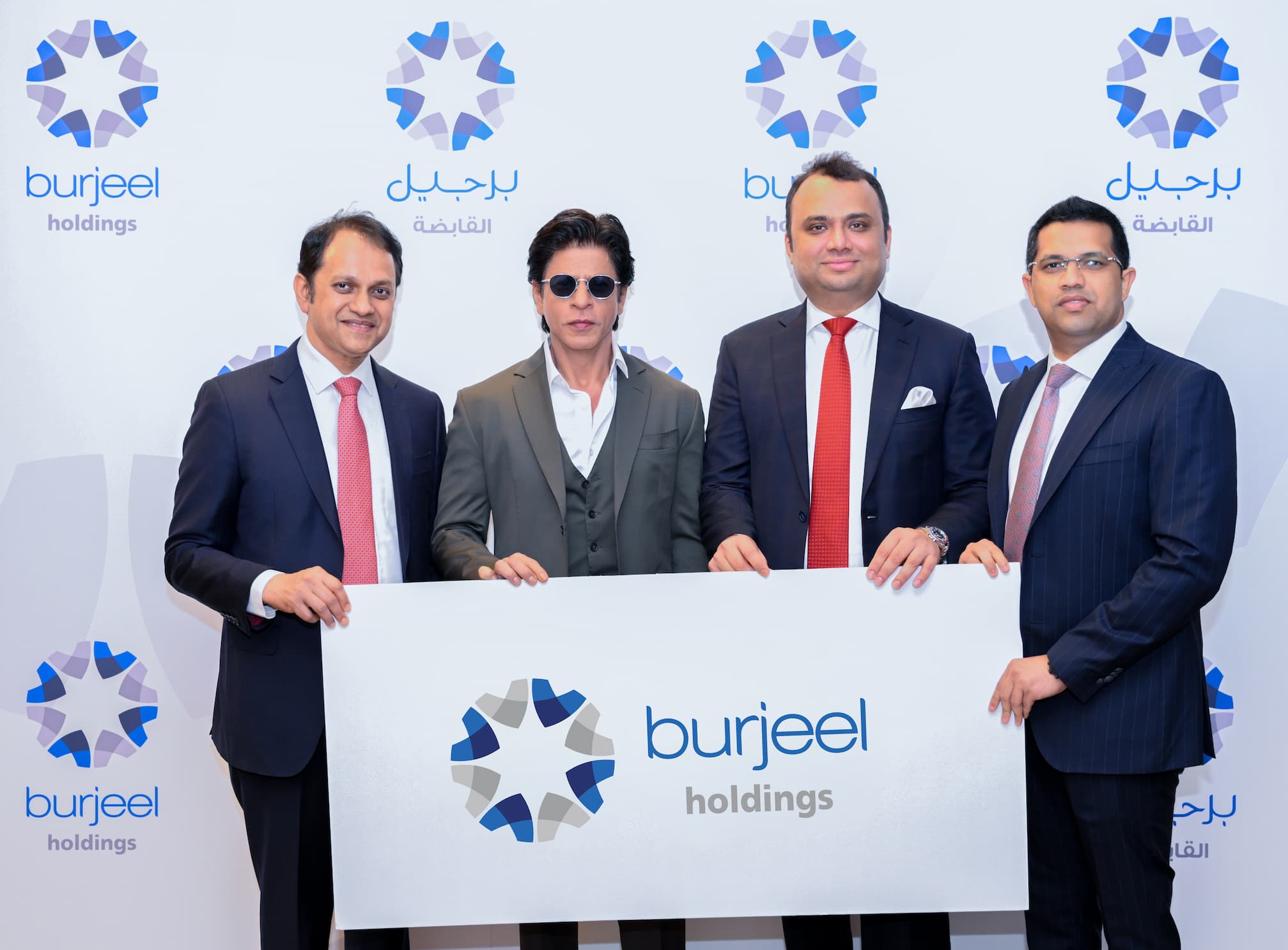 This partnership marks the first healthcare ambassador role for the actor

Abu Dhabi: Burjeel Holdings, a leading private healthcare services provider in the MENA region and one of the largest in the UAE, has partnered with superstar Shah Rukh Khan as its new Brand Ambassador.

The partnership was confirmed during a ceremony held in Abu Dhabi. The Indian actor will appear in a region-wide, multi-platform advertising campaign for the healthcare Group that will be unveiled in the coming weeks.

The partnership with Burjeel Holdings marks the first healthcare ambassador role for Mr. Shah Rukh Khan. Burjeel Holdings, which operates 39 hospitals and medical centers across the MENA region, hopes to leverage the immense popularity and credibility the actor enjoys internationally as it connects with an increasing number of people travelling to the UAE for their medical needs and also expands its global research partnerships while growing its operations across the GCC.

“Healthcare is an industry we can all relate to and one we’ve all had experiences with. Visiting Burjeel Medical City and listening to Dr. Shamsheer Vayalil was both insightful and inspirational. Meeting employees and witnessing the immense passion and pride they have in their work was humbling. They really live the value of being for the people, by the people, and I’m excited to be a part of that story,” said Mr. Shah Rukh Khan.

Burjeel Holdings’ Founder and CEO Dr. Shamsheer Vayalil, said, “Mr. Shah Rukh Khan embodies excellence and, as a global superstar, has won the hearts of millions across the region. Burjeel Holdings and Mr. Shah Rukh Khan share a common desire to enrich and transform people’s lives. His personality and principles strongly resonate with the Burjeel Holdings brand. This partnership reflects our core values and inspires us to keep serving the community through world-class healthcare in the region and beyond.”

Burjeel Holdings’ partnership with Shah Rukh Khan follows the recent announcement of its planned expansion into the Kingdom of Saudi Arabia (KSA). The company has signed a Memorandum of Understanding (MoU) with KSA’s Ministry of Investment, which will see it seek opportunities to invest up to USD $1 billion in the Kingdom by 2030.